RETROREPORT.ORG
Explore the history behind the headlines

Nick Ascheim is Senior VP of digital for NBC News and MSNBC. Previously he was SVP, Consumer Digital at BBC Worldwide North America, where he was responsible for BBC’s consumer-facing digital businesses. Ascheim earned a Bachelor of Arts degree in English from Cornell University and holds an MBA from Harvard Business School. D. Ben Benoit is the Executive Director of the Peter and Carmen Lucia Buck Foundation, Inc. Prior to this, Mr. Benoit was a Senior Vice President in the Private Bank & Trust Division of U.S. Trust/Bank of America. He has over 30 years of experience assisting individuals and organizations with financial, estate, & tax planning and investment management services. 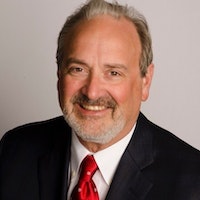 Christopher Buck is the founder and president of Retro Report. He developed the project concepts over a ten year period, collaborating with co-founder Larry Chollet. Buck is a former television editor most recently as a senior editor at The National Basketball Association. He presides currently as president of The Peter and Carmen Lucia Buck Foundation in New York City. Buck graduated from Emerson College with a BS in Communications in 1983.

Brewster Kahle is the founder of the Internet Archive, which now preserves over 20 petabytes of data—the books, Web pages, music, television, and software of our cultural heritage, working with more than 400 library and university partners to create a digital library, accessible to all. Brewster graduated from the Massachusetts Institute of Technology where he studied artificial intelligence. Richard Tofel is president of ProPublica where he has responsibility for all of ProPublica’s non-journalism operations, including communications, legal, development, finance and budgeting, and human resources. He was formerly the assistant publisher of The Wall Street Journal. He served as vice president, general counsel and secretary of the Rockefeller Foundation, and earlier as president and chief operating officer of the International Freedom Center, a museum and cultural center that was planned for the World Trade Center site. Dana Wolfe is the founding executive producer of Intelligence Squared U.S. (IQ2US), an award-winning live debate series. She also serves as executive director of The Rosenkranz Foundation. After more than a decade as a producer for Ted Koppel’s Nightline, Wolfe worked as an independent media consultant for countless news divisions. Her work has been recognized with five Emmys, a duPont-Columbia Award, and, most recently, three consecutive radio awards for IQ2US. She received her B.A. from York University in Toronto and her M.A. in International Studies from New York University.